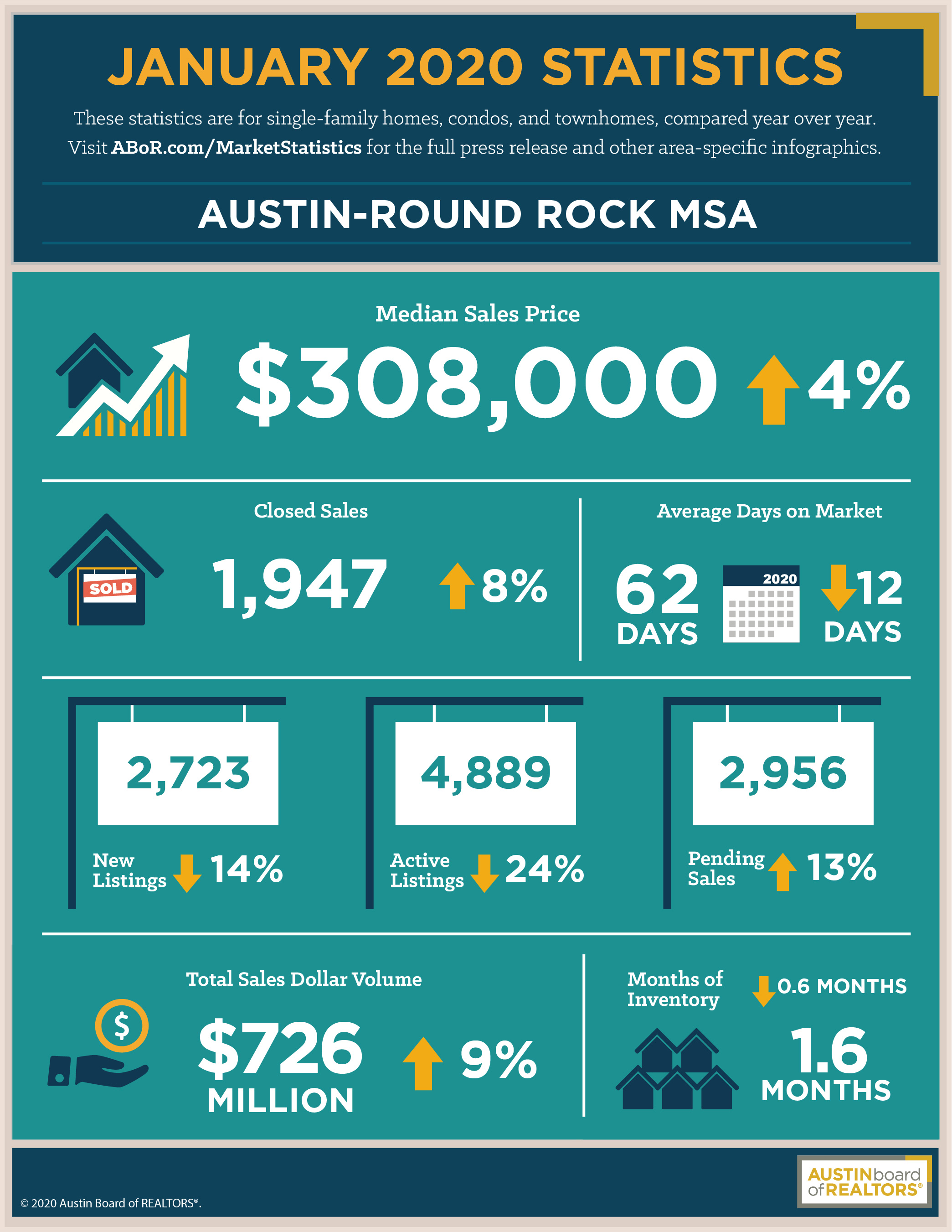 2020 Is Predicted to be Another Record Breaking Year

Compared to January 2019, residential home sales in the Austin area increased 8.5% to 1,947 sales, and the median price increased 4.8% to $308,000, setting a record for the month of January. Housing inventory–which fell to 1.6 months–was driven to critically low levels across the [area] due to drops in both new and active listings. At the same time, increases in pending sales activity in January could signal further declines in inventory in the year ahead amidst strong housing demand.

Romeo Manzanilla, 2020 ABoR president, said. “We expect to see a significant increase in activity in the spring, when market activity should climb naturally.”

Lawrence Yun, chief economist and senior vice president of research at the National Association of REALTORS®, commented on the Austin area’s continued growth.

“Austin’s engine of job and population growth is not projected to slow down anytime soon,” Yun said.