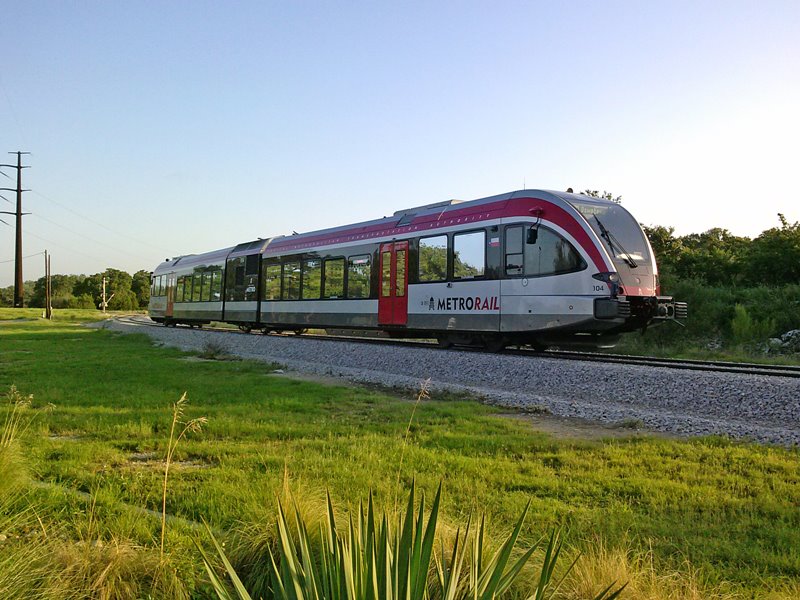 One of the things that Austin really does right, compared to most big cities, is that they’ve really perfected the art of great public transportation. Not only is it easy to get around town the way things currently are, but Austin is planning on bringing in a new downtown train station to move even more people around the city.

The straightforward design will offer a practical and straightforward train station for your daily commute accommodating more people than ever. This exciting new version of the current “Red Line” is going to get the makeover it needs to provide more transportation for the busy city of Austin. Take a look at the big changes coming to Downtown Austin’s Red Line Train Station expected to start next year.

The current “Red Line” train station in Downtown Austin is going to be seeing a remodel coming soon to ensure more Austinite can get around town easily. There is going to be room made to include two more trains at the station allowing up to 800 people to commute during rush hour, rather than the current number at fewer than 400 people being able to commute at this time of day from downtown to north Austin. The good news is that renovations were planned this past April to start in the middle of next year and conclude in 2018.

The chosen design will be a practical, somewhat plain concept that was chosen over some complex, artistic concepts. It’s going to affect Fourth Street in a massive way, making train tracks out of what used to be the car lane on the north curb stretching from Red River to Trinity when you travel west.

There is also going to be an exciting new pedestrian plaza to make your commute easier than ever. Having room for this extra pedestrian plaza will make it much easier to accommodate the new proposed 800 commuters at rush hour each day.

You can find the new pedestrian plaza utilizing Fourth Street between Trinity and Neches. You’ll be welcomed by a big illuminated “Downtown Station” sign overhead as you enter under the platform canopy and approach the Master Station, ticket machines, and other kiosks. The plaza’s design had to make consideration for current factors like the nearby hotel, bikeway, fire station, and park causing it to have to move a block east between the Convention Center and Hilton.

It was originally going to be between the Convention Center and Brushy Park but this new change allows these area attractions to remain as they are, while providing people a reason to use this underutilized outdoor space at the park with the incoming food vendors and benches.

Many may wonder why the design changed into something simpler when there was originally the option to create exciting concepts like a UFO design, but the project budget did shrink several million dollars without much explanation, as reported by KUT and the Austin Monitor. With the original budget of $35 million down to $22 million, the design had to be simplified but it’s still going to be an excellent change to this means of public transportation in Austin.

Be on the lookout for changes to the Red Line starting next year and simplifying your commute starting in 2018.