Adding Bridges in Downtown Austin to Create a Grid System 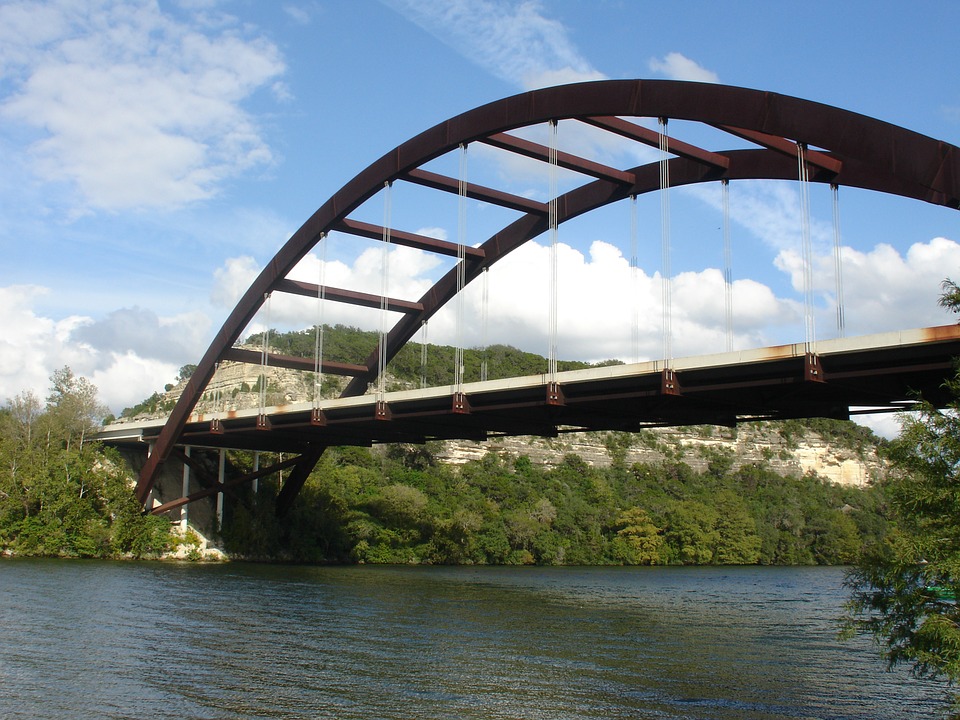 Did you hear about the bridges coming to downtown Austin? The original layout of Downtown Austin features a street layout where it’s easy to see that the main culture and economic center is featured in the Violet Crown, but in the last 150 years or so, there are many gaps breaking apart the previously connected street layout.

In some cases, nature took its course such as the diversion causing a steep cliff at San Antonio Street and West 7th or the manmade issues like the Austin Convention Center’s permanent dominion over West 2nd, West 3rd,, and Neches.

Austinites will start to notice new bridges connecting the Downtown Austin area better allowing for a grid feel without adding more roads. Here is a look at the bridges coming to downtown Austin to create an excellent grid system.

Why did the original layout lose its grid?

Along with the cliff from the diversion at San Antonio Street and West 7th, as well as the Austin Convention Center’s dominion of West 2nd, West 3rd, and Neches, there are issues that combine both manmade issues and nature taking its course. There are fissures through the downtown area that will make residents feel like they will have to zip-line to get across where they need to go.

San Antonio Street is a great example where the street is going to need something great to bring it back together and the Convention Center seems far from help. The good news is, downtown Austin has figured out a new strategy to stitch the city back together that doesn’t require roads or zip-lines.

The city has finally found a solution for these gaps in the grid system by creating bridges in downtown Austin. A pedestrian-style bridge will be coming to the area to offer a better way to get around downtown without needing to worry about adding roads. The new bridge concept will be a pedestrian bridge that spans Shoal Creek, located at the convergence of Rio Grande and West 4th Streets.

The bridge was actually brought in from Alabama in December of 2015 and crews from Austin Public Works spent a full day setting it into place. The bridge ran around $675,000 and will be a part of a $4.5 million effort taking place through the Shoal Creek Greenbelt Trail Improvements Project. In addition, the current Butterfly Bridge nearby will be reconnecting West 2nd Street across the creek.

What this means for residents

The work behind the Improvements Project is intended to rehab the bike and pedestrian trail that runs the length of Downtown almost entirely, which means by October of 2016, residents will finally be able to walk, jog, and bike from Pease Park to the Hike & Bike Trail at Lady Bird Lake thanks to the replacement of the missing parts of the trail south of West 5th Street.

Along with the enhanced safety of avoiding fighting car traffic along the trail, pedestrians will now be able to cross the creek on the street level. This is great news with the recent developments in the area, like Austin’s tallest skyscraper called The Independent, the 360 Condominiums, the Seaholm, and the Downtown Central Library. The new pedestrian bridge will be aided by the existing one at Shoal Creek on West 3rd Street and the Butterfly Bridge.

These exciting developments will mean that the part of Downtown Austin that badly needs an update will now stop putting the rest of the area to shame. Check out the new pedestrian bridge and enjoy everything that downtown has to offer!